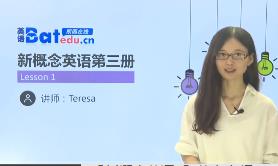 Lesson1 A puma at large

Pumas are large, cat-like animals which are found in America. When reports came into London Zoo that a wild puma had been spotted forty-five miles south of London, they were not taken seriously. However, as the evidence began to accumulate, experts from the Zoo felt obliged to investigate, for the descriptions given by people who claimed to have seen the puma were extraordinarily similar.

The hunt for the puma began in a small village where a woman picking blackberries saw 'a large cat' only five yards away from her. It immediately ran away when she saw it, and experts confirmed that a puma will not attack a human being unless it is cornered（adj.被困得走投无路的）. The search proved difficult, for the puma was often observed at one place in the morning and at another place twenty miles away in the evening. Wherever it went, it left behind it a trail of dead deer and small animals like rabbits. Paw prints were seen in a number of places and puma fur was found clinging to bushes. Several people complained of 'cat-like noises' at night and a businessman on a fishing trip saw the puma up a tree. The experts were now fully convinced that the animal was a puma, but where had it come from ? As no pumas had been reported missing from any zoo in the country, this one must have been in the possession of a private collector and somehow managed to escape. The hunt went on for several weeks, but the puma was not caught. It is disturbing to think that a dangerous wild animal is still at large in the quiet countryside.

Our vicar is always raising money for one cause or another, but he has never managed to get enough money to have the church clock repaired. The big clock which used to strike the hours day and night was damaged many years ago and has been silent ever since.

One night, however, our vicar woke up with a start: the clock was striking the hours! Looking at his watch, he saw that it was one o'clock, but the bell struck thirteen times before it stopped. Armed with a torch, the vicar went up into the clock tower to see what was going on. In the torchlight, he caught sight of a figure whom he immediately recognized as Bill Wilkins, our local grocer. 'Whatever are you doing up here Bill ?' asked the vicar in surprise.

'I'm trying to repair the bell,' answered Bill.' I've been coming up here night after night for weeks now. You see, I was hoping to give you a surprise.'

'You certainly did give me a surprise!' said the vicar. 'You've probably woken up everyone in the village as well. Still, I'm glad the bell is working again.'

'That's the trouble, vicar,' answered Bill. 'It's working all right, but I'm afraid that at one o'clock it will strike thirteen times and there's nothing I can do about it.'

'We'll get used to that Bill,' said the vicar. 'Thirteen is not as good as one but it's better than nothing. Now let's go downstairs and have a cup of tea.'

Some time ago，an interesting discovery was made by archaeologists on the Aegean（adj.爱琴海的；n.）island of Kea．An American team explored a temple which stands in an ancient city on the promontory of Ayia Irini．The city at one time must have been prosperous，for it enjoyed a high level of civilization．Houses--often three storeys high--were built of stone．They had large rooms with beautifully decorated walls．The city was even equipped with a drainage system，for a great many clay pipes were found beneath the narrow streets．

The temple which the archaeologists explored was used as a place of worship from the fifteenth century B.C. until Roman times. In the most sacred room of the temple, clay fragments of fifteen statues were found. Each of these represented a goddess and had, at one time, been painted. The body of one statue was found among remains dating from the fifteenth century B.C. Its missing head happened to be among remains of the fifth century B.C. This head must have been found in Classical times and carefully preserved. It was very old and precious even then. When the archaeologists reconstructed the fragments, they were amazed to find that the goddess turned out to be a very modern-looking woman. She stood three feet high and her hands rested on her hip. She was wearing a full-length skirt which swept the ground. Despite her great age, she was very graceful indeed, but, so far, the archaeologists have been unable to discover her identity.

These days, people who do manual work often receive far more money than clerks who work in offices. People who work in offices are frequently referred to as' white collar workers' for the simple reason that they usually wear a collar and tie to go to work. Such is human nature, that a great many people are often willing to sacrifice higher pay for the privilege of becoming white collar workers. This can give rise to curious situations, as it did in the case of Alfred Bloggs who worked as a dustman for the Ellesmere Corporation.

When he got married, Alf was too embarrassed to say anything to his wife about his job. He simply told her that he worked for the Corporation. Every morning, he left home dressed in a smart black suit. He then changed into overalls (n.工作服) and spent the next eight hours as a dustman. Before returning home at night, he took a shower and changed back into his suit. Alf did this for over two years and his fellow dustmen kept his secret. Alf's wife has never discovered that she married a dustman and she never will, for Alf has just found another job. He will soon be working in an office as a junior clerk. He will be earning only half as much as he used to, but he feels that his rise in status is well worth the loss of money. From now on, he will wear a suit all day and others will call him 'Mr. Bloggs', not 'Alf'.

Editors of newspapers and magazines often go to extremes to provide their readers with unimportant facts and statistics. Last year a journalist had been instructed by a well-known magazine to write an article on the president's palace in a new African republic. When the article arrived, the editor read the first sentence and then refused to publish it. The article began: 'Hundreds of steps lead to the high wall which surrounds the president's palace.' The editor at once

sent the journalist a fax instructing him to find out the exact number of steps and the height of the wall.

The journalist immediately set out to obtain these important facts, but he took a long time to send them. Meanwhile, the editor was getting impatient, for the magazine would soon go to press. He sent the journalist two urgent telegrams, but received no reply. He sent yet another telegram informing the journalist that if he did not reply soon he would be fired. When the journalist again failed to reply, the editor reluctantly published the article as it had originally been written. A week later, the editor at last received a telegram from the journalist. Not only had the poor man been arrested, but he had been sent to prison as well. However, he had at last been allowed to send a cable in which he informed the editor that he had been arrested while counting the 1084 steps leading to the 15-foot wall which surrounded the president's palace.