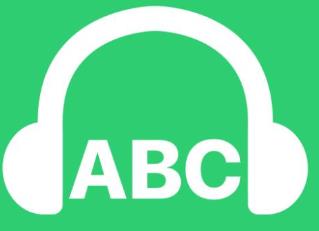 001. Discrimination in the workplace 工作场合中的歧视

Listen to Mr Griffin, a Human Resources expert, talking about discrimination in the

workplace. While you are listening, decide whether the following statements are true

or false according to w hat Mr Griffin says.

companies these days dealing with diversity?

Alan Griffin Oh yes they are very much an issue. ... We have come a long way since

because of their race or their sex. The trouble is ... the boundaries of diversity and

discrimination ...... are widening. Companies have a lot more to consider than a

Radio interviewer So ... can you give listeners an example of what kind of things you

are referring to here?

1998, companies in the United States had to pay out more than fifty-five million dollars

to employers who had filed age related discrimination complaints against their

companies. That ’ s a lot of money.

Radio interviewer Phew ... … so how should companies protect themselves from this

Alan Griffin Well, first of all they should think carefully about their recruitment policies

and then they should take out insurance to cover themselves.

Radio interviewer Isn ’ t that expensive? ... for the companies, I mean.

Alan Griffin No, not as expensive as you might think. These days most small and

Insurance. The cost of the insurance has fallen over the years and if a company isn ’ t

covered and loses a discrimination case ... well, let ’ s just say this is the cheaper option!

Radio interviewer You’ ve mentioned ageism as a growing concern ... but what other

kinds of diversity should managers be aware of?

Alan Griffin Well ... you ’ d probably be surprised to hear about some ... discrimination

against single people against married parents, against people who are too tall, too

their employees need to be over or under a certain height or weight, They claim it ’ s

necessary for the job .... but there have been cases where people have claimed

Alan Griffin Sometimes yes. ........ Then there are people with a criminal background.

been in trouble with the law.

Alan Griffin No .... not exactly. The law states that employers can only r eject a job

applicant with a criminal record ... if the crime bears a direct relation to the job in

would be alright in a job as a kitchen porter.

Radio interviewer And Mr. Griffin, tell me .... how many people actually go through

with their threats to sue a company for discrimination?

every year ... and that figure is rising. Race and sex account for most of the complaints

that are filed but age discrimination is on the increase too.

Radio interviewer So ... any words of advice for risk managers?

Alan Griffin Well ... first of all make sure that you have adequate insurance. Then

address the issues of diversity from within the organisation. Get the employees

involved. Celebrate the differences and try to build up a reputation as a fair employer.

And remember .... it is worth investing time and effort in addressing these issues

because statistics have shown that ..... you ’ re much more likely to be sued by an

employee than a third party.

002. A lecture in Marketing 市场营销讲演

Listen to a university lecturer introduce his course on Marketing. While you are

listening, try to decide whether these sentences are true or false.

3. Marketing is about advertising.

7. Everyone needs to know how satisfied customers are.

Good morning everybody and welcome to this the first lecture on Marketing. I ’ ll

Tuesdays and Fridays until term ends. Right, well this morning I like to introduce ’d

you to some important concepts in marketing. As you know there are lots of

different elements that go together to make up Marketing, we ’ ll look at the key

elements during this course of lectures. I ’ d like to start with a general introduction

producers and consumers. To make these links it ’ s very important to find out and

then deliver exactly what consumers want. What is a consumer? A consumer is a

person or organisation that buys a product, it ’ s as simple as that. Once again

time, well in fact it ’ s not quite as easy to achieve as you may think. We ’ ll be

looking at the issue of pricing later in this series of lectures.

A c ompany should aim to satisfy their customers needs, good marketing helps ’

the company to achieve this. I like to add an extra element now ’d –a company

should aim to satisfy their customers better ’ needs than their competitors do.

Again, we ’ ll look at the topic of competition, how to measure it and react to it

later in this series of lectures.

Today I want to introduce you to the concept of a customer focused organisation.

customers seriously. There may be a marketing department in a customer focused

organisation, if we ’ re talking about a small company there may not be one. One

thing that all customer focused organisations have in common is that marketing,

satisfying the needs of the organisation ’ s customers, is the concern of every

employee. Everybody who works for this sort of company knows very well who

degree of customer satisfaction than their competitors.

‘How do we measure customer satisfaction? ’ I hear you asking, well...

3. Marketing is about advertising. False

7. Everyone needs to know how satisfied customers are. True